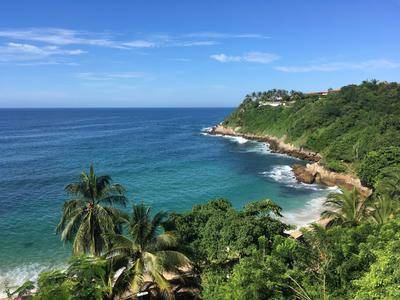 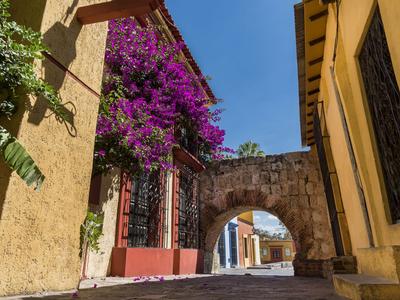 Positiv: "Flight, plane, and crew were great."
Negativ: "MEX customs was a nightmare."

Positiv: "The entire experience was great. Flight was at 1 got to the airport at 1208. They got me and my oversized luggage on the plane in time for take off."
Negativ: "The meal was a pasta with no protein. While delicious, along side it’s compliments of a salad, bun and yogurt, it was no bueno for someone avoiding carbs. Obviously a pathetic comment but one none the less."

Negativ: "Wasn't allowed to board because my sister is autistic traveling with her service dog. This had been the worst experience ever. We feel discriminated for something that is outside our control . This is unacceptable."

Negativ: "I didn’t like that the flight had a 4 hour delay!"

Positiv: "The food, comfort"
Negativ: "The crew, some of the crew were a bit rigid, didn't seem to like what they were doing"

Positiv: "The personal tv"
Negativ: "Better service on taking our carry one with us"

Negativ: "Went to check in baggage and had my paid receipt and Aeromexico insisted luggage wasn’t paid for and we had to double pay at the airport so we didn’t miss our flight! RIDICULOUS! Wake up Aeromexico and KIWI booking!!!"

Positiv: "Everything was good, the food, the comfort, the entertainment, the service"

Positiv: "Seats could have been more comfortable"

Positiv: "In time"
Negativ: "Seats are horrible, not ergonomic at all"

Positiv: "I really liked the Tv screen on the 737-800 Toronto to Mexico whoever i believe they should be adding 737 Max to this route as Toronto is a megacity and this plane is kind of old for serving this busy route"
Negativ: "The plane seats are so uncomfortable i was trying to sleep on that for like 3 hours without success"

Positiv: "Great service! Clean plane, punctual, personal t.v."
Negativ: "On my way back, it took long time to check the luggage in I was seated almost at the end. No personal t.v."

Negativ: "I actually arrived early, which turned out to be a mistake, because Aeromexico moved the gate to the farthest possible new gate location while I was away getting a sandwich, which was itself delayed. When I noticed the change, I ran to the new gate and waited 10 minutes while they talked to the boarding people, who wouldn't let me on. After several hours of bag retrieval, having to buy a new full price ticket, having my cards declined due to the price and circumstances, having to go through 2+ wrong directions for each step of the process, determining that maybe one employee in five could speak even minimal English in an international airport, I finally got on a Delta flight. In sum, won't be flying on Aeromexico in future."

Positiv: "The crew at the gate did their best to seat my family together."
Negativ: "No entrainment available and the flight crew took over an hour to bring me some water."

Positiv: "Everything! From check in to boarding it was smooth"
Negativ: "Don’t have anything to say I didn’t like it!"

Positiv: "The meals and flights attendance were great"
Negativ: "The AC on flight 748 for some reason it wasn't cold enough. No entertainment on the seat. Maybe is older air plane."

Positiv: "I like the staff, the seats, the entertainment"

Positiv: "The crew were great always ver polite and helpful having tv on flight makes people more relax I know I was"
Negativ: "Everything was good my complain is about the rude passengers in the plane just cause u pay for a plane ticket it don’t mean it gives them a right to be rude with the crew"

Positiv: "Aeromexico’s staff went above and beyond to provide a world class experience. I highly recommend giving Aeromexico your business. Five stars all the way!"
Negativ: "I loved the First Class upgrade for being a frequent flyer."

Positiv: "Excellent attention,boarding it was on time"

Negativ: "It was delayed and we couldn’t land on time because of air traffic. It took more time that it should have to."

Negativ: "On my way to Lima I flew through Mexico City. It took over three hours to get through customs and caused me to get to my gate minutes before the flight closed its gate. For this reason I made note to upgrade my flight so I could be close to the front of the plane and get to customs as quickly as possible. Aeromexico made me check my bag which is the SAME bag I came down with. Same size, same Weight. Their reasoning for this was because they had a full flight, yet I had paid extra to upgrade in the first place and their policy states you can bring on one carry on to store in the overhead. I'll likely miss my connection due to this. I will never fly Aeromexico again."

Positiv: "Good selection of movies which are controlled by the individual passengers. Comfortable seats. Served breakfast of fruit, yogurt and muffin."
Negativ: "Don't like flying through Mexico City because the immigration process is very poor, i.e.long lines to get to agents . Airport is cold at night."

Negativ: "Great service , on time and luggage delivered before I arrived to the carousel"

Positiv: "The seats were very comfortable and I was able to have a good rest. Very unusual nowadays when flying economy class."
Negativ: "The food was plain horrible, and miserable. Shame on the company to dare serve a meal like that! The entertainment screen did not work and nobody responded to my complaint. The crew ( mainly the female part of the team) was unfriendly."

Negativ: "The flight got delayed an hour and the ladies never gave us at least a curtious call to let passengers know that the flight would be delayed and people had to constantly go ask about the flight and they also didn't let us know where to find our baggage at the end of our flight"

Positiv: "The flight attendants were very nice"
Negativ: "No clear instructions on where to go or gate information inside of the airport"