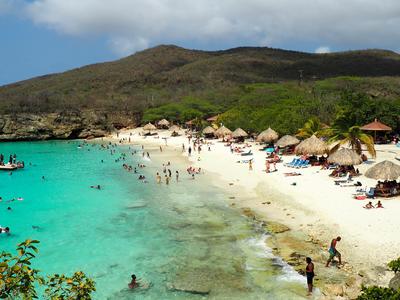 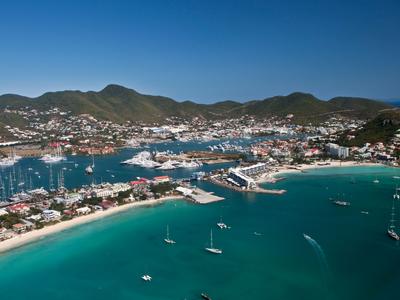 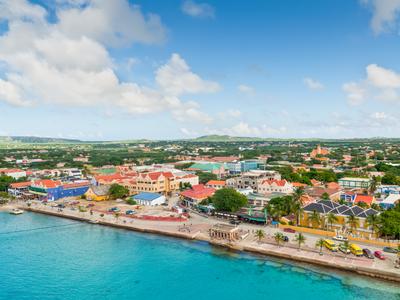 Positiv: "Flights were on time"
Negativ: "Seats are more narrow than other airlines."

Positiv: "Crew, movies"
Negativ: "Too many announcements. It seems like they were announcing something all the time and it became annoying."

Negativ: "I’m skinny and 5’2” and I felt squashed. Like I was in a dollhouse. The space is too small, it’s too uncomfortable. I couldn’t take my zip front sweater off. The seats and space are not proportional to humans."

Positiv: "The gate agents and flight crew were very accommodating."
Negativ: "I was extremely annoyed that TSA Pre-Check was unavailable at Terminal 2 at 8:15am. This is unacceptable and not the TSA's fault. I fault the airline for this oversight. Delta needs to communicate better to the passengers if there is a possibility of this service being unavailable at an airport."

Positiv: "Smooth, efficient and timely."
Negativ: "Seats weren’t assigned until at the gate even though checked in 18 hours before. Bag drop was horrible. No self service. Was inline for about 45 minutes."

Positiv: "There were a few hiccups with the overall flight process, but the crew was very friendly and informed everyone in a timely manner of the situation. There were also good snacks. Also, flexible baggage policy, which was great."
Negativ: "The boarding situation is odd and less organized or structured than any of the other airlines I've flown with."

Positiv: "Flight crew was very friendly and helpful. The drink package for comfort trip was fantastic and worth it."
Negativ: "There was zero entertainment inflight and logging onto Wi-Fi was very difficult. I would rather have had free Wi-Fi and a screen to watch movies/games on rather than or in addition to the drinks."

Negativ: "I upgraded to Premium+ and it did not feel like an upgrade from a comfortability standpoint."

Negativ: "Everything was great"

Positiv: "Hands down one of the best flights ever. Great seats, great leg room, amazing crew; I even met some good people on the flight. All around pleasing experience."
Negativ: "My only complaint is the food. Some of the other airlines feed us real food, I want to pay for something a bit better. Still a great airline!"

Negativ: "I fly regular this was an excellent flight"

Negativ: "The seats were incredibly hard and uncomfortable."

Positiv: "Coming from Europe Alitalia and Delta did an EXCELLENT job at assisting the passengers get rid of their luggage just as soon as we were done going through customs... I don't usually fly on this route, but I thought it was perfect. Transfer between Delta terminal was a breeze too..."
Negativ: "I usually don't fly from JFK. The food court was expensive (18 dollars base price from a burger seems a high even for an airport. I don't fly from NY normally - so maybe I need to tune my expectation for the locale, and it may have NOTHING to do with the airline company."

Positiv: "I was seated in economy comfort. Compared with Delta's Econoomy Comfort, I felt that the KLM seat had more legroom and greater recline."
Negativ: "The dinner was awful. No choice of meal. Everyone got a small plastic contained filled with macaroni in tomator sauce. Nothing else. Incredibly bad. Breakfast was better. Sausage and eggs, melon, yoghurt. But who is in the mood to eat at 2 am?"

Negativ: "90 minutes on the taxiway is not what you want"

Positiv: "The flight was great from beginning to end. I have no complaints."

Positiv: "Nothing"
Negativ: "That Delta was not more accommodating when I missed my flight.. Got totally lost in Austin. Have never driven there before and highways were difficult at times. $503 to get on another flight home. Ended up getting better deal at Southwest. Will most likely stick with them next time I am forced to fly."

Positiv: "-Timeliness -Friendly staff especially considering the ill reputation of Delta flight attendants in domestic flights within the USA."
Negativ: "-Boarding by zone wasn't carried out. Everybody, other than first/business class, stood in one long line for over an hour. -Quality of food should be improved. Please stop serving starchy wraps. And let the hot tea be hot, not lukewarm. - Please no popsicles for adult passengers. Please serve ice cream in cups."

Negativ: "They changed the gate twice on me and by the time I got to the correct one, the flight had already left."

Positiv: "Hostess were professional and warm"
Negativ: "Seats was too tight, no leg room and no room for stretching"

Positiv: "The Delta service desk was great! We wanted to get an earlier flight home and the Delta Rep got us on standby quickly and with a smile."
Negativ: "Some chaos getting on the flight. The area they have set up for the different sections to wait before getting called weren't marked very well so everyone was bunched up and confused. Once they started calling the sections it was fine. Not sure why they even had the marked areas."

Negativ: "The crew was great and the flight came in early. I wish there was a better food selection."

Positiv: "I have no complaints. Not on"

Positiv: "Seating was ok but had better for a premium coach."
Negativ: "The tv screen. Touch pad was not working properly on both legs."

Positiv: "Everything went off without a hitch."

Positiv: "Quick and easy boarding. The overall flight was fast so no time to get uncomfortable."

Negativ: "My registered luggage was sent LAX->MDE and i had a short change in MEX. Running out of the LAX->MEX plane, the crew the said: "don't forget to pick up your luggage".. and then all went pairshaped. One member of MEX staff claimed the baggage is going directly to destination, another said that it won't and i need to pick it up myself and do god knows what with it. LAX->MEX flight delayed by 30mins, 1hr change time. Everybody relaxed just me loosing all my boozy contraband as i had no choice but to put my registered luggage thru security."

Positiv: "The snack was nice."

Positiv: "I love how attentive the crew was. Food and beverages we’re always available and I even had the chance to rest."

Positiv: "staff was good, flight was not so good"
Negativ: "Hated the storm we flew through, luggage came out of overheads....ugh"

Negativ: "KLM lost my suitcase and did not deliver it until three days later... They refused to compensate me for having delivered the bag with broken articles inside (A pair of Rayban Wayfarers!)"

Positiv: "Due to business I travel allot so I deal with allot of airlines. This is by far the best airlines I have used. Excellent crew and airport staff. I don’t think words can express how satisfied I am with this airlines and airport. The nicest people and great service. Clean and modern aircraft. Going to try flying only with KLM from now on."
Negativ: "Nothing"

Positiv: "Food was great, movie selection too. Everything was great except for I couldn’t really get comfortable to sleep"
Negativ: "Not sure how to make the seats more comfortable. I have some back issues though. However, some of my travel companions slept right through the flight."

Positiv: "Everything perfect and arrive to destination on perfect time."
Negativ: "All positive."

Positiv: "Planes were on time and connections made."
Negativ: "One bag delayed as not put on flight and food could be better."

Negativ: "Seats in economy section are very close together . There is not enough room for knees...especially for such a long trip."

Negativ: "Not being 1 hour late"

Negativ: "The flight was a bit delayed, but the airline handled it incredibly well. I was put up in a great hotel with good free food and caught another flight the next morning."

Positiv: "The seat was a little uncomfortable but the crew were amazing."

Positiv: "Service, entertainment and comfort - all very good. Really enjoyed the extra legroom in comparison with other airlines."
Negativ: "Just the AC was way too cold and they are not providing any blankets nor pillows"

Positiv: "The service crew was very nice"
Negativ: "Entertainment was broken so no movies etc. No pillows and no blankets because they ran out. Freaking cold during the flight. No vegetarian meal nor snacks."

Negativ: "Lost a single baggage item, a car seat. Critical for us to leave the airport, and delayed us for over an hour upon arrival. Gave us a loaner car seat that barely fit our child."

Negativ: "It was a connection flight from Manchester via AMS to HAJ. Transfer time in Amsterdam (offered by KLM) just 1 hr - so my baggage hasn't arrived in HAJ, at least one day delay! At airport HAJ I've heard that's usual that baggage can't arrive in one our! So I didn't understand why this flight was offered by KLM!"

Positiv: "was a standard flight, in a standard quality - nothing bad"

Positiv: "The crew were really helpful with people who had tight connections because of the delayed flight"
Negativ: "I wish they had WiFi"

Positiv: "Smooth and faster than expected trip. I felt free to get up and walk around on this long flight. Food was good. I sat in seat with extra leg room for the first time and it was worth it"

Negativ: "At the check in they made me pay 50€ for my luggage. This is really upsetting because from Houston to Venice they didn't make me pay. Either the website wasn't transparent or the lady at the desk made a mistake. Very upsetting, one luggage should be included."

Negativ: "I booked tickets via Delta, operated by KLM. They lost both of my check in bags in September, and it happened again today for the same scheduled flights. Had 4 hours of layover and KLM still wasn’t able to manage it."

Positiv: "Flight crew very nice"
Negativ: "Paid $70 for seat with more leg room and was the exit role to main entrance. No overhead space for carry on: broken food tray holder. People stepping on my feet. And gather in your space waiting for bathrooms. Window seat had no room for feet because of closed door"

Positiv: "Everything was clean and well organized."
Negativ: "The flight was delayed 1 1/2 hours."

Positiv: "Food was excellent, frequent and filling"
Negativ: "The seat was not comfortable compared to my prior leg of the journey. Unfortunately the bathrooms were not clean, I understand that it's not the sole responsibility of the crew and passengers need to be mindful too."

Positiv: "Able to fly direct to ansterdam"
Negativ: "Have to lay over on the way back. More expensive than other airlines."

Positiv: "Boarding was as expected, crew & food were ok. Nothing else positive to extract out of this flight."
Negativ: "Delayed flight, horrible baggae policy when the flight is actually operated by a partner of the company you bought the ticket from and not the actual company. Dirty seats, no in-flight entertainment whatsoever (not even a magazine)."

Positiv: "Entertainment"
Negativ: "Food and one bathroom out of service makes an awful flight"