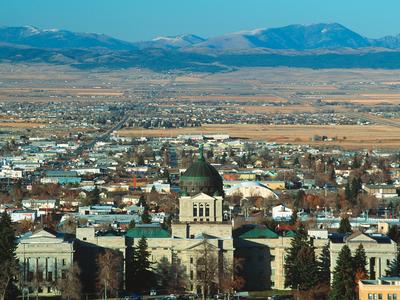 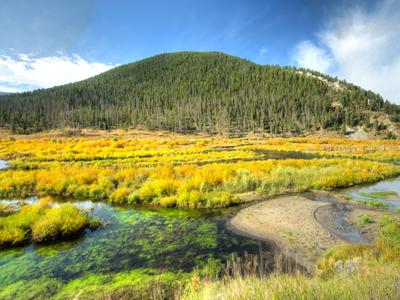 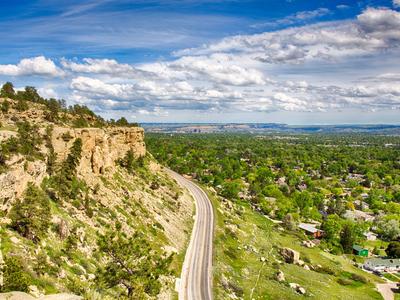 Positiv: "We normally get nothing better than a 717 on ATL-OKC, but the 737-800 was an incredible aircraft that made everything better owning to COVID 19 factors."
Negativ: "DL needs to find a better way to manage food and drinks for FC during the COVID 19 era."

Positiv: "It got us to Atlanta on time."

Positiv: "It was super"

Positiv: "Crew very helpful and accommodating."
Negativ: "The flight was delayed almost an hour due to inclement weather in the originating city. The Delta personnel explained the situation and did all they could considering the circumstances."

Negativ: "Superb service on board and at kiosk!"

Negativ: "I’m skinny and 5’2” and I felt squashed. Like I was in a dollhouse. The space is too small, it’s too uncomfortable. I couldn’t take my zip front sweater off. The seats and space are not proportional to humans."

Negativ: "The unfortunate delay prevented me from attending my grandmother’s wake. Fewer delays would be helpful."

Negativ: "An officious crew who said they had a 'seat belt detector' to tell if people's seatbelts were fastened. A late flight... with lies about the reason for the delay."

Positiv: "Crew was great"
Negativ: "Hot in the plane and the landing was uncomfortable"

Negativ: "90 minutes on the taxiway is not what you want"

Positiv: "Not sure why this flight was delayed inbound. But it made the departure late by over 30 minutes."

Positiv: "Crew was good, plane was clean."
Negativ: "Don't like the Comfort plus seats that have the dividers vs basic arm rests."

Positiv: "Everything on time, friendly and helpful attendants"
Negativ: "Why does boarding have to happen with several other flights, gets confusing. Have other flights board at a different time or from another gate far away so customers don't get confused"

Positiv: "I paid 60 bucks for an emergency row exit, take get some extra leg room and space so that I would be fresh when I arrived in Munich. However KLM allowed a passenger — who did not pay for the emergency row to sit next to me because he needed the extra space because he was a liarge man, and clearly didn’t fit very well in the economy seats. Thus I I lost all the extra space and actually would of preferred a regular economy seat. that would’ve been more preferential then paying $60 and getting less space than I would’ve had it in a regular economy. I understand the other passengers comfort was important and if that was the case he should’ve paid $60 as well."
Negativ: "I did not get a choice of seat for the one and a half hour flight from Amsterdam to Munich and I sat in a middle row for the first time in 20 years."

Positiv: "gate agents were friendly and efficient boarding. FA were fine and quickly served beverages and reurned two more times offering snacks and more drinks. comfort class seats were comfortable. all in all perfectly fine"
Negativ: "i was not able to use my RU cert even after applying it over one month before and having diamond status.... makes me think why bother with status"

Positiv: "Food was ok."
Negativ: "Flight attendants could have been a little more friendly and helpful."

Negativ: "Pilot did not give consistent updates for delays"

Negativ: "No check in to Minsk from Paris"

Positiv: "At least they serve us dinner."
Negativ: "The toilet was very sticky. over crowded and kids was crying all over the flight."

Positiv: "Crew very cheerful and friendly"
Negativ: "Still don’t know why I’m always zone 3. Also, need to stop people in main cabin from putting seats back. Either everyone would need to be like dominoes or basically they are just getting rid of what little space there is."

Positiv: "We were delayed about 45 mins. No extra snacks, service was slow (I was in row 10 and it was about an hour into the flight before I was offered anything)."
Negativ: "Slow service, delayed, and wi fi was terrible. Tried to watch a movie on GoGo, but it buffered so bad."

Positiv: "I was thankful for the early boarding with a lap infant and was very pleased with the options for entertainment on the TV monitor."
Negativ: "The main issue I had was that we sat in row 34 and the noise from the engines often made it difficult to hear announcements, even with headphones in. Look into possibly zoning the audio and turning it up a click or two for rows behind the engines."

Positiv: "The seats were so comfortable"

Positiv: "I liked how generous they were with food and drinks"
Negativ: "Free WiFi could have made the flight a lot better"

Positiv: "Crew is excellent, polite and personal!"
Negativ: "Plane is super old and outdated. Comfort seat is not, comfortable, very tight. TV screen is not good quality, with the old controls on a handset. No touch, no 1/8 inch audio jack (it has the old 3 holes one). Wifi for streaming freezes every other second. Just make a face lift to the plane, everything else is good."

Negativ: "Boarding at Florence is always chaotic but this isn't within the control of KLM or their crew."

Positiv: "The crew was very kind"

Negativ: "Delay due to strike"

Positiv: "Planes were on time and connections made."
Negativ: "One bag delayed as not put on flight and food could be better."

Negativ: "Half the screens were not working - crew were made aware but nothing was done. Vegetarian choices were poor to non-existent ; I witnessed crew insist to a passenger that there were no vegetarian options! They finally cobbled something together for him but not a pleasant experience"

Positiv: "Boarding was quick and flight was calm"
Negativ: "The coffe and breakfast."

Positiv: "Just as I expected. And I made my last connection easily."

Negativ: "Too hot inside the aircraft"

Positiv: "Service, entertainment and comfort - all very good. Really enjoyed the extra legroom in comparison with other airlines."
Negativ: "Just the AC was way too cold and they are not providing any blankets nor pillows"

Positiv: "The service crew was very nice"
Negativ: "Entertainment was broken so no movies etc. No pillows and no blankets because they ran out. Freaking cold during the flight. No vegetarian meal nor snacks."

Positiv: "the trip was excellent and comfortable. LOved the windows that shaded out rather than the having to pull down the plastic blind. entertainment on board top notch screen huge One hostess , Helen was absolutely fantastic and the best I ve had on my many trips. I will recommend KLM whenever I can"
Negativ: "the headrest is hard. Apart from that- all was fine"

Positiv: "The entertainment was amazing"
Negativ: "The seats were a bit hard"

Positiv: "Crew was very engaging and service was good."
Negativ: "My seat was horrible. Right at the door, crammed, and no place to store my carry-on luggage."

Negativ: "The air conditioners fan was bad and they had to fix it in London which took over 40 minutes off travel time...we arrived much later than expected in Lagos"

Negativ: "It was a connection flight from Manchester via AMS to HAJ. Transfer time in Amsterdam (offered by KLM) just 1 hr - so my baggage hasn't arrived in HAJ, at least one day delay! At airport HAJ I've heard that's usual that baggage can't arrive in one our! So I didn't understand why this flight was offered by KLM!"

Positiv: "was a standard flight, in a standard quality - nothing bad"

Positiv: "Seat space a bit tight . I should have upgraded to more leg room . Next time!"

Positiv: "The crew were very nice, food was tasty, seat comfortable and the entertainment great as well. Will be flying KLM again soon :)"

Positiv: "very attentive crew"
Negativ: "Only ham sandwiches on offer! I'm not demanding and would have been happy with cheese."

Positiv: "Smooth and faster than expected trip. I felt free to get up and walk around on this long flight. Food was good. I sat in seat with extra leg room for the first time and it was worth it"

Positiv: "The crew were amazing and the flight was very smooth."
Negativ: "Keep up the good work"

Negativ: "My suitcase didn't come with the airline."

Negativ: "None of our 4 checked bags arrived with us. This was despite ample connection time (2+ hours) in Amsterdam."

Positiv: "Excellent service. A meal , drink and a coffee included which we were not expecting."

Positiv: "Good selection of movies."
Negativ: "Very small seats with no leg room and very little room on either side. The food was bad - even when compared to other airplane food. Plane is kept too warm."

Positiv: "Smooth flight but we got delayed because captain wasn't there"
Negativ: "United is the worst. I had to check my carry on both ways for $30 even though my tickets wasn't affordable at all. They have ridicoulous seating."

Negativ: "Flight was delayed & cancelled. Unable to rebooked until evening of next day. Was easier to rent a car & drive home"

Positiv: "Crew was great!! Pilot had sense of humor and kept us informed."
Negativ: "Was a great flight! No improvements needed."

Positiv: "The flight captain made up the total time that the flight was delayed, good take off & good landing, got us to Toronto on time. Thanks."
Negativ: "Male flight crew could be better - first do your job of giving out the immigration forms then chat, not complete handing them out just one minute before landing so passengers can de-plane & then fill out the forms"

Positiv: "Boarding was slow because the flight was sold out."
Negativ: "Slow service. Poor loading and unloading."

Negativ: "The person next to me he needed to see it’s not one he was so big"

Negativ: "I missed having the navigation map when traveling such a long distance."

Negativ: "The uNited app could not stream video well. The connection was too slow. Too much buffering."

Positiv: "It was a bit more roomy than my last flight"
Negativ: "None"

Negativ: "A very old B757. late departure. No explanation."

Positiv: "Everything was good, except the seats are too tight."
Negativ: "Seat space"

Positiv: "Nothing At All"
Negativ: "United Airlines Was Unwilling To Assist With The Changing Of My Flight Due To The Circumstances In Puerto Rico And Wanted To Charge Me $1250 Just To Move My Flight One Day I Will Never Be Using This Service Again.Not To Mention They Wanted To Charge Me $75 Just To Pay For My Bags In Cash"

Positiv: "The flight attendants were polite, helpful and super patient with our kids."

Positiv: "The service from Denver to Kalispell was fantastic. The flight left on time and the flight attendant was not only kind and professional she went out of her way to make sure each passenger got personal attention. I fly very regularly and this was one of the top 3 experiences I have ever had. I will definitely fly United again and hope to be lucky enough to have Linda as my flight attendant."

Positiv: "Crews were great"
Negativ: "Seat cushions were old and hard to sit on in excess of an hour. The don't look worn out, but certainly no one is asking. Not very comfortable for a four hour flight."

Positiv: "Crew was great"
Negativ: "I've never had a good experience w in flight entertainment on united. Compared to other airlines it is simply a big step behind"

Negativ: "We sat on the runway for 45 minutes waiting for paper work. We should not have boarded the plane until they are ready"

Positiv: "Seats."
Negativ: "Sat in the middle of two people who took up part of my seat too."

Positiv: "N/a"
Negativ: "I didn't like that I had to tell someone to meet me so I could hopefully be on time at work. I was not on time .! I'm unhappy !"