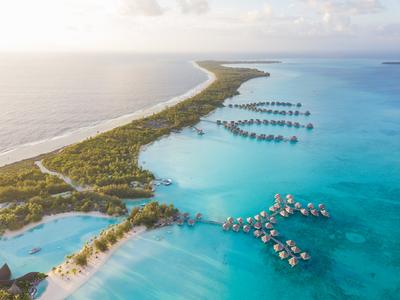 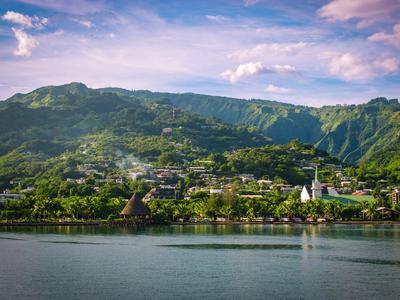 Positiv: "Crew are the best!"

Positiv: "Punctual"
Negativ: "They forced me to ceck my trolley because i had a suit with me!!! And the airplane wasn’t even full. Even worst they allowed some pieces of “hand luggage” that were double the maximum allowed size"

Negativ: "I was catching a flight in Paris to Aberdeen after arriving from Malaga. The time between flights was not enough 55 mins as the gate closed 20 mins before departure and it takes at least 15 minutes from arrival to taxi to the terminal and then get off the plane. I had to change from terminal F to E which was well sign posted but I only made it with 4 minutes to spare"

Negativ: "2 hours delays from LAX to CDG then additional two hours delay from CDG to CAI, this is disappointing"

Positiv: "Not much, seats are super uncomfortable"
Negativ: "Better code sharing with KLM"

Positiv: "I like the comfortable seats"
Negativ: "Service lag a little"

Positiv: "It was very comfortable and pleasant."
Negativ: "Could be a little better the service, the dinner was late"

Negativ: "CDG airport in Paris is a very inefficient and by far the slowest airport. I recommend other passengers to get to the airport at least 4 hours before their departure."

Negativ: "We had a short delay"

Negativ: "Plane is old and entertainment facilities are no longer appropriate"

Negativ: "Surprised one flight that from what it looked to be, once flight took off a older couple came out of the cockpit are and took a seat in business class. I thought I had seen someone in civilian clothes setting in a area right behind the pilots chair. They did return to cockpit area near end of flight"

Negativ: "The food was mediocre. Flying La Compagnie in the past was a much better food experience."

Negativ: "I have never been in a situation were a flight has been delayed due to the co-pilot suffering a knee injury prior to take off. A request for a doctor on board after an hour or so and then having to leave the plane and then re-board after about 40 minutes was quite bizarre."

Positiv: "Crew was friendly and attentive but hard to understand"
Negativ: "Airport experience was inefficient. Long unattractive walk, boarding was tedious: the automatic check-in was not helpful and required so many more staff. Random security check was redundant and chaotic."

Negativ: "My first flight was cancelled my return flight was delayed by 5 hours They made me check my carry on even though it was with in the size limit which cost 85 euros and when trying to ask why the staff was extremely rude and not helpful worst flight experience I’ve ever had"

Negativ: "My entire travel experience became extremely rushed and chaotic due to my flight being canceled and me being alerted -LESS THAN AN HOUR BEFORE IT TOOK OFF! This is unacceptable."

Positiv: "Very quiet"
Negativ: "We were in the last few rows on a turbulent route. The yaw damper constantly overcorrected, resulting in lots of side to side motion for the passengers"

Positiv: "Boarding staff helpful with Disabilities; food services quick and pleasant; interior cabin temps appropriate."
Negativ: "Why is boarding so prolonged? 1-Small children and elders cannot stand for 20/30 minutes 2-Why are various sections (particularly Economy), no longer boarded by rows. and from rear first...so people don’t clog aisles, step over others, injure or be injured by heavy overhead moves?"

Negativ: "Entertainment screen did not work; in neighboring seat it could not be switched off when we wanted to sleep; sourly employees everywhere (re-booking counter an exception); food close not being edible and cold; I forgot my watch on when going through security in the Air France terminal; when I started to say "sorry" I was yelled at by the screener who said that she will do the talking; she sent me back through the scanner twice without my watch, then once more with the carry-on and made sure that I went to the end of a very long line to wait for another screening rather than having me just go through the scanner without my watch. Needless to say, there was nothing else suspicious about me once the watch was removed. Eager to exercise her power, the security person did not seem to consider that she slowed down a long line of people waiting to be screened. I should add that I am 73 yrs old grey haired female who has traveled a lot both for pleasure and business during my entire life, often to some difficult places and that I do not argue with or provoke those in power in a situation like this. The yelling and the sending me repeatedly through the scanner, which did not beep once the watch was removed, was beyond anything I had experienced anywhere else. The sending me to the very end of the line seemed outright spiteful. (I did miss the plane connection.)"

Negativ: "Plane left more than 40 minutes late with no explanation or apology."

Positiv: "Very helpful cabin crew and did well to communicate in English to me. Flight was on time and landed ahead of schedule"
Negativ: "Entertainment system had to be rebooted as it did not work Small screen handset was not working for the entire flight food selection was not as big as KLM or China Eastern Bathroom on board was smaller than KLM or China Eastern which meant changing into more comfortable clothing for the night flight"

Negativ: "Screen broke half way through flight. Food was poor"

Negativ: "CDG is a monster. The distances are long . The signage is poor and when I asked for directions the diirections I got were wrong."

Negativ: "Flight cancelled because of weather"

Positiv: "Flight attendant was very nice."
Negativ: "We got socked with 40 Euro fees for our carry on plus personal item being 2 lbs over. The biggest problem is they were picking and choosing which bags they weighed. 10 people behind us and before us got in without incident. Plane wasn’t even half full so they were deliberately trying to make more $."