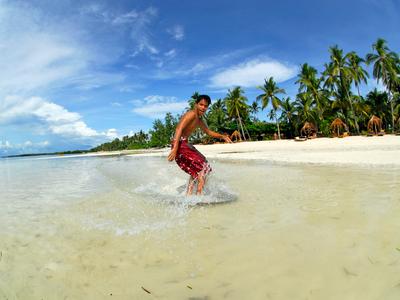 Positiv: "The crew was really nice, as you can expect from a Japanese company. Super helpful and smiling. The food was also very good."
Negativ: "The space is really tiny. The screen also tiny."

Positiv: "The crew was professional and super friendly."
Negativ: "Our bags had arrived early, and were waiting at the service station. However, there was no one there in the rooms and our stuff was left outside the door. We have pictures of our bags left out. It’s kind of a bummer that our stuff was left unattended. Someone could of grabbed it."

Negativ: "I was not aware that I flew in Narita and flew out of another airport."

Positiv: "Well maintained plane, nice staff and over very comfortable."
Negativ: "The wifi worked only 1 hr of the 3 hrs I bought"

Positiv: "Great service!"
Negativ: "More comfortable seats and headphone jacks on the end of the arm rest (I kept knocking mine out when I moved in my seat)."

Positiv: "Meal, crew"
Negativ: "1. inside temperature was so cold -especially at the 3rd route from la to tokyo -. 2. Economy seats are not declined, which means less pereonal space. 3. The worst is in-flight entertainment system, UI is so poorly developed, most contents do not provide english subtitles."

Negativ: "Food and entertainment could better"

Positiv: "Loved the Kabuki actors used for safety instructional video - stay for the ending credits!"
Negativ: "Boarding felt like a standing cattle call. Some - not all - stews acted as though they were insulted to have to provide food and beverage service, as though they were too tired and/or impatient to deal w/ economy class."

Positiv: "I had 3 seats to myself, and I was able to curl up and get a good 2 hours sleep without being disturbed. Thank you ANA. Crew was lovely and friendly."
Negativ: "Well they could have given me a free upgrade but I can live with a row to myself, kidding. When the ticket counter opens the agents stand in front of the podiums and bow and say a greeting (I think it was in Japanese). They need to get their timing better. So not much."

Positiv: "japanese airlines food is always better than u.s. airlines. service is also very courteous."
Negativ: "disliked their entertainment system. no varieties in movies, and interface was a bit annoying as you could not see a visual menu of all movies and had to keep scrolling line by line to get to the next movie."

Positiv: "Crew was prompt and courteous Entertainment choice was good"
Negativ: "1. The seat width is small for comfortable sleeping 2. Choice of non-Japanese food can be enhanced 3. Flight boarding was delayed beyond announced delayed departure also"

Positiv: "Everything"
Negativ: "Nothing"

Positiv: "The flight was late checking in. The staff handled the situation well and kept the passengers informed."

Negativ: "1. Missed our flight connection in Chicago because of delayed take-off from Tokyo. We were forced to use another airline and we landed in NYC about 5 hours later. 2. ANA flight attendants were not very well versed in the English language. Very hard to communicate our needs."

Positiv: "Everything on time"
Negativ: "no outlet to charge phone"

Positiv: "Food and services were great"
Negativ: "Not a large selection to view on the TV"

Positiv: "Flight check-in counter was so nice and accommodating. Makes me never want to go back to rude America."

Positiv: "Service was excellent, landed on time, courteous staff and good food. Good selection of movies and programs."
Negativ: "If the seat reclined a bit more, would be nice."

Positiv: "easy check in."
Negativ: "can't choose my own seats."

Positiv: "didnt make it to tokoyo"

Positiv: "More space than usual between chairs. Crew is friendly."
Negativ: "Food was too smelly. Good quality, but airplane food cannot be smelly or it get really unpleasant inside the cabin. Flight attendant need to learn and practice English. Very difficult to understand."

Positiv: "The attendants are all courteous and respectful."

Positiv: "The most impressive is consistenty great service from check in, in the air and online costumer service.. they are very pleasant , humble and genuine, always trying giving what you need."

Positiv: "nice.crew. actually able to book exit row.seat online. pre-check-in is great all you do at the airport is drop the bags .no long queues."
Negativ: "boarding process is not organized. no travel amenities offered. (no slipper, had to ask for toothbrush) ..."

Positiv: "The crew are awesome. Flight is on time. The journey was comfortableand safe. No delays"

Positiv: "The friendliness of the staff and that the plane arrived on time with no delays. Leg room was ok. My luggage did not get lost. Entertainment selection was good. Overall it was good experience. The landing was smoothly done."
Negativ: "Food was ok. Seats were not comfortable. Started feeling sick to my stomach because of the lack of sleep."

Negativ: "crew not able to understand English they can't speak also all announcements in Japanese crew speaking only in Japanese"

Positiv: "Flight on time."
Negativ: "Stuck in middle seat between 2 teenagers & reading light on top was on next to me the whole flight from Haneda to Los Angeles."

Negativ: "Nothing, everything was as expected"

Positiv: "Seat"
Negativ: "Food was a bit salty. Bread was so cold."

Positiv: "The food. the personable flight attendants. The whole experience is amazing."
Negativ: "Lack of English movies on the ife. Mediocre headphones in business class."

Negativ: "Flight attendants didn't speak English; no amenities provided (toothbrush, eye kit, etc.) like Etihad and Qatar provide in economy. There weren't a lot of meal options. There should be double the movies and music offered given that you can go through all of the offerings in one or two legs of a trip. I had four. BBC news didn't work on any leg of the trip and the Japanese news was in Japanese only, no English."